Gary D. Wilson is the author of the best-selling novel, Sing, Ronnie Blue. He holds an MFA in fiction writing from Bowling Green State University in Ohio and has taught fiction writing and literature at Johns Hopkins University and the University of Chicago Graham School. He has published widely in literary magazines, including Glimmer Train, Quarterly West, Witness, In Posse Review, and The William and Mary Review. He has had stories anthologized by Red Hen Press and W. W. Norton’s Flash Fiction Forward. His short fiction collections have been finalists for The University of Pittsburgh Press Drue Heinz Literature Prize and The Iowa Short Fiction Award. He has also been nominated for the Pushcart Prize.

He is married, has two sons, and lives in Chicago. 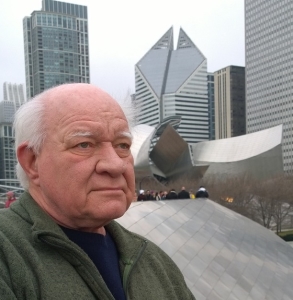